Stokley is a Grammy nominated vocalist, critically acclaimed drummer/percussionist, producer and songwriter who has achieved international success in the music industry. Although Stokley is best known as the lead vocalist for Mint Condition, he is a percussionist at heart. Beginning at the tender age of 4, and ever since Stokley has garnered a reputation by playing many percussion instruments including: steel pan, congas, drums, kalimba and it doesn't stop there - even a little guitar and piano.

Stokley is currently producing new material for a host of new up and coming artists, established artists as well as for himself. Also, Stokley is still very active in the local music community performing with bands around the Twin Cites area. 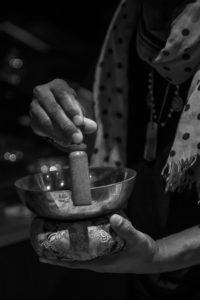